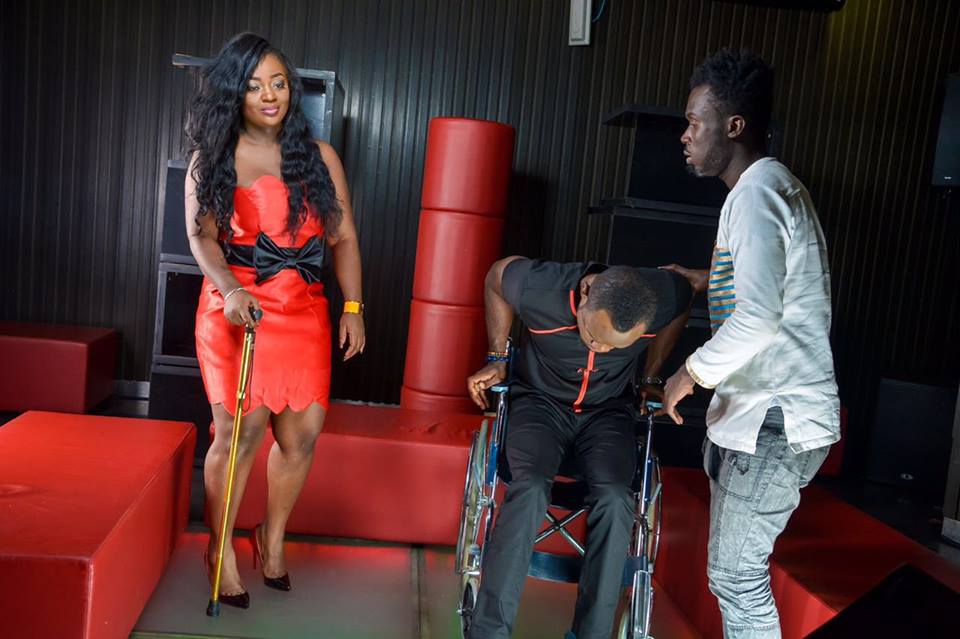 Will there be happiness in a marriage where the bride is blind and the groom is crippled?

How can the two cope if there is a fire outbreak or an unfortunate incident happens? This is the fate of blind Jackie Appiah who marries cripple Prince David-Osei in a new movie titled "Happily Never After".

Written and directed by Kobi Rana, "Happily Never After" is scheduled for premiere on Saturday, October 8, at the Silverbird Cinemas.

In an interview with Showbiz, Kobi Rana who directed the movie said "Happily Never After" is one of the best he has written because it teaches many lessons.

According to him, he was motivated by the many troubles couples go through in marriage , hence, the decision to write the movie.

“Married and the unmarried are going to learn a lot from this movie and I want them to come in their numbers and see the movie because it is full of lessons,” he stated.

Royal Diadem, a movie from Verdant Media Production, grabbed nominations at the Golden Movie Awards last year and Kobby is hopeful their new production will grab awards at this year’s Ghana Movie Awards.