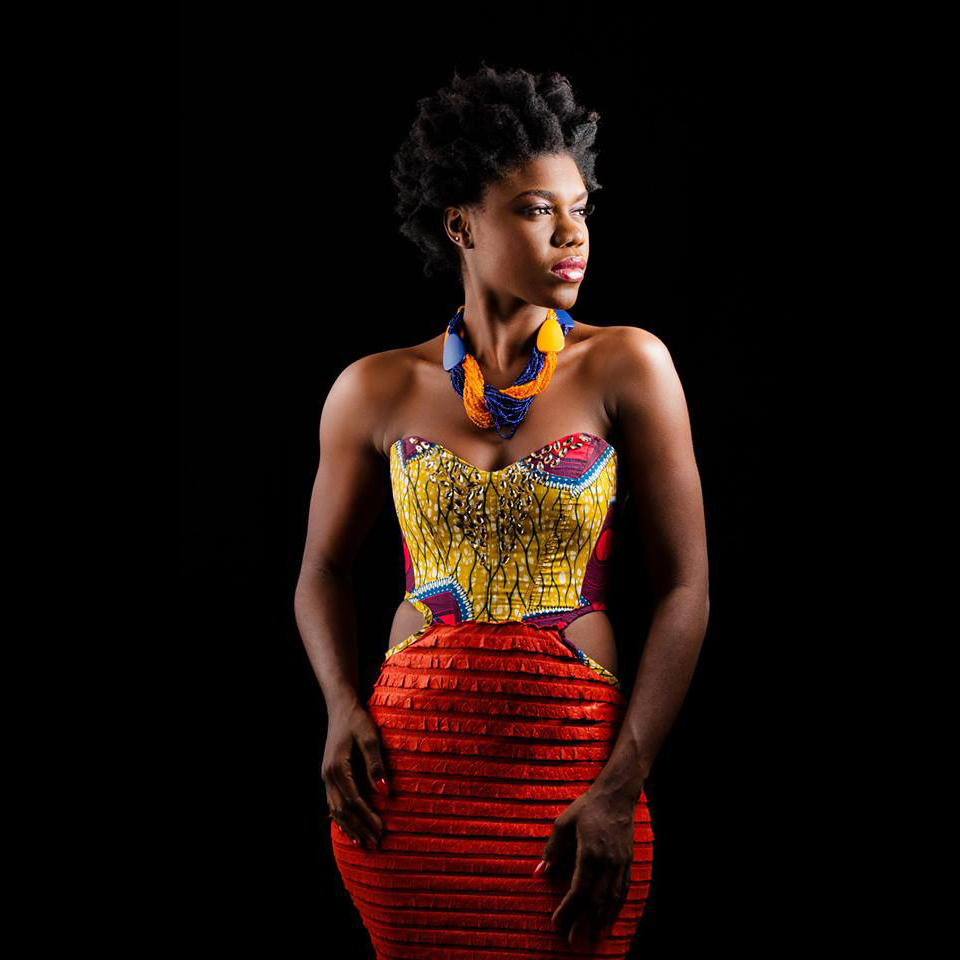 Rebecca Akosua Acheampomaa Acheampong (born August 15, 1984), known mononymously as Becca, is a Ghanaian singer-songwriter and actress. She was a contestant on the second season of TV3's annual singing competition, Mentor. Her debut studio album, Sugar, was released in 2007; it earned her five nominations at the 2008 Ghana Music Awards. The album's lead single, "You Lied to Me", garnered the Record of the Year category at the aforementioned awards ceremony.

Becca released her second studio album, Time 4 Me, on May 16, 2013. It features guest appearances from 2face Idibia, M.I, King Ayisoba & Trigmatic, Jay and Storm Akwaboah. The album was certified 2x platinum by the Recording Industry of Ghana. Becca's accolades include one Kora Award, one National Youth Achievers Award, four Ghana Music Awards, and three 4Syte TV Music Video Awards.[4] She holds her annual Girl Talk concert at various locations across Ghana; the concert started in 2011. Becca was ranked 94 on E.tv Ghana's 2013 list of the 100 most influential people in Ghana.

Becca, the first girl and fifth born of nine children, was born in Kumasi. She grew up in a religious Christian setting with her family. During her upbringing, Becca was very active in church and school activities. She took an interest in showcasing her vocal dexterity at talent shows held at her school. She attended Morning Star and Wesley Girls' High School whilst growing up. She later attended Croydon College. After graduating from Croydon College, she became a Child care and education worker.

Becca relocated to Ghana after living abroad for several years. Kiki Banson signed her to his record label, EKB records, after getting wind of her.

Becca started working on her debut studio album, Sugar, in 2007. The album is made up of 12 songs and was recorded in English and Twi. It was preceded by the lead single "You Lied to Me". The song, which was released in 2007, features vocals from Kwabena Kwabena. The music video for "You Lied to Me" was shot and directed in Ghana. On November 13, 2007, Becca launched the album in Ghana. She featured Hugh Masekela on the song "I Love You". Sugar was launched in South Africa alongside Hugh Masekela's Live at the Market Theatre album.[3]

Becca's second studio album, Time 4 Me, was released on May 16, 2013. Becca describes the album as a musical journey inspired by her thoughts, emotions and beliefs. The album consists of 20 songs, including 4 bonus tracks. It features guest appearances from 2face Idibia, M.I, King Ayisoba & Trigmatic, Jay and Storm Akwaboah. It was supported by the singles "Forever", "Push", "Follow the Leader", "Bad Man Bad Girl" and "No Away". Ten thousand copies of the album were given to fans who bought the Thursday edition of Graphic Showbiz newspaper. Time 4 Me was certified 2x platinum by the Recording Industry of Ghana. Becca went on a nationwide campus tour to promote the album.

Becca's 2011 single "Africa Woman" appeared as a bonus on the album. The song is a melodic ode to the strength and character of African women. The music video for "African Woman" was shot and directed in Ghana by Samad Davis for the Davis Media Group. The video starts with a quote and transitions into landscape scenes of Becca.

In 2011, Becca released the singles "Forever" and "Push" from the album. The latter features guest vocals from King Ayisoba & Trigmatic. The music video for the latter was uploaded onto YouTube on May 17, 2011. The video features cameo appearances from John Dumelo, Yvonne Okoro and Yvonne Nelson.

In February 2012, EKB Records released Becca's collaboration with 2face Idibia titled "Bad Man Bad Girl". The song was recorded in the summer of 2011. The music video for the song was shot in Accra and other parts of Ghana; it was uploaded onto YouTube on December 15, 2012, and ran for 4 minutes and 8 seconds.

On June 22, 2012, Becca released the single "No Away". The song features rap vocals from M.I. The song was recorded in Ghana and Nigeria; it was mixed and mastered in South Africa. The music video for the song was shot and directed in South Africa. It was uploaded onto YouTube on August 12, 2012 at a total length of 4 minutes and 11 seconds. Liquor brand Kasapreko Company Limited and EKB Records spent $50,000 on the video shoot. The production cost for the video made it one of the most expensive videos released by a Ghanaian artist. The video was unveiled during a ceremony at the XL Club in Accra.

On April 12, 2014, Becca released her single "Move". The song features vocals from South African group Uhuru. It debuted on Bola Ray's Drive Time show on Joy FM. The song, produced by Kaywa, was written by Becca and Kiki Banson. The music video for the song was uploaded onto YouTube on May 1, 2014. The video features cameo appearances from Yvonne Chaka Chaka and Hugh Masekela.Kwame Dadzie of Flex Ghana reviewed the song and concluded that its rhythm is a replica of the rhythm on "Khona".

Becca's upbringing and surroundings influenced her musical and fashion style. She has established a rescue organization which raises fund to help children affected by HIV/AIDS in Ghana.[1] In 2014, she became a Goodwill ambassador for UNAIDS.On September 1, 2009, GLO Mobile Ghana unveiled Becca as one of its brand ambassadors.[29] The Ministry of Youth and Sports unveiled Becca as one of Ghana's official ambassadors for the 2014 FIFA World Cup.

Becca performed at the Accra International Conference Centre for MTN's Heroes of Change television series finale. On July 26, 2013, she performed with recording engineer Kwame Yeboah (and his Ohia beye Ya band) to launch her second studio album in Accra.[11] The third edition of Becca's Girl Talk concert was held at the National Theatre of Ghana on December 20, 2013.[7] On March 24, 2014, allsports Ghana reported that Becca will perform before the kickoff of Ghana Premier League matches in order to promote the league.

Becca was scheduled to sing Ghana's national anthem at the Baba Yara Stadium during the country's World Cup qualifier match against Zambia in September 2013. Unfortunately for her, she didn't perform due to a directive by authorities in charge of the match. Becca expressed her dissatisfaction at the incident while speaking at the UN Cultural Night, which took place at the Alliance Francaise in Accra. A spokesperson for the Ghana Football Association told Graphic Showbiz that they didn't know arrangements had been made for Becca to sing. On the contrary, they only knew that the national anthem would be played over the stadium's public address system.

Becca was at the center of her manager (Kiki Banson)'s controversial divorce from his wife. It was reported that Benson divorced his wife in order to marry Becca. The story went haywire when Becca's father, Mr. Acheampong, reportedly disowned his daughter over her intentions to marry her manager.