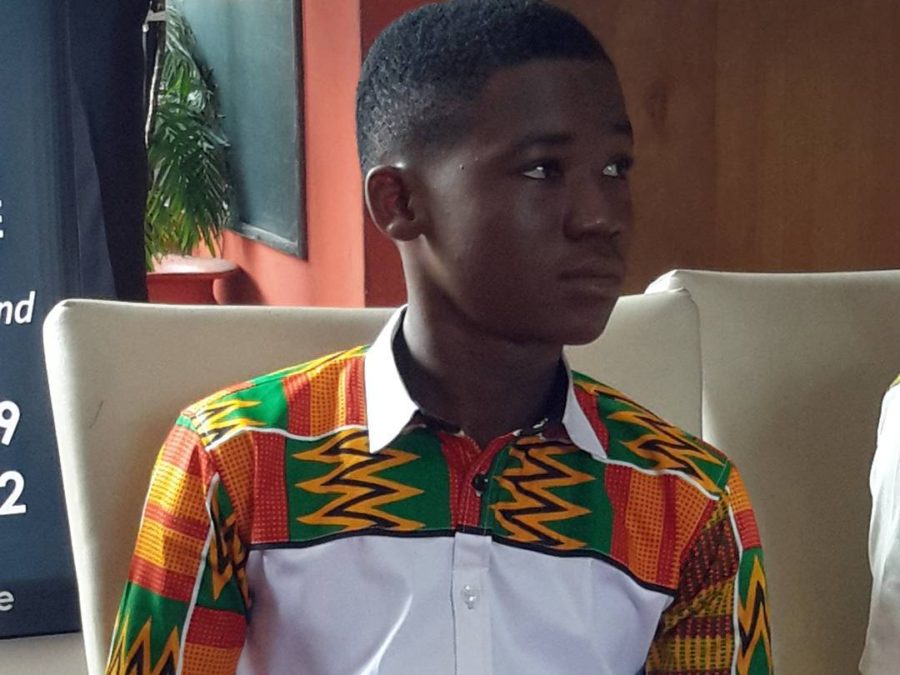 Young Ghanaian Hollywood actor Abraham Attah has refuted earlier claims from the Ministry of Tourism and Creativity Arts that he has been appointed as a Tourism ambassador for Ghana.

Answering questions from the media on his plans during the official unveiling of the 10000 toms for the needy, manager for the child star Mawuko Kuadzi clarified:

” we haven’t signed anything with the ministry of tourism yet,so we cant for now say Abraham is a tourism ambassador and we are also watching out closely  that the ministry doesn’t do anything with his image ,until we have a deal…….we’ve received the proposal ,we’ve had several meetings but we’ve not signed the agreement yet ” .

Abraham Attah shot to global prominence with his gripping performance in the movie adaptation of Uzodinma Iweala’s novel, Beast of No Nation, alongside Luther star, Idris Elba. In the movie, he plays Agu, a child soldier in a war-torn African country.

Beast of No Nation, which is also the 15 year old’s first ever role, has won him several international awards including the Independent Spirit Award for Best Male Lead and National Board of Review Award for Best Breakthrough Performance.

Spiderman: Homecoming his new movie, is scheduled for release, July 2017.