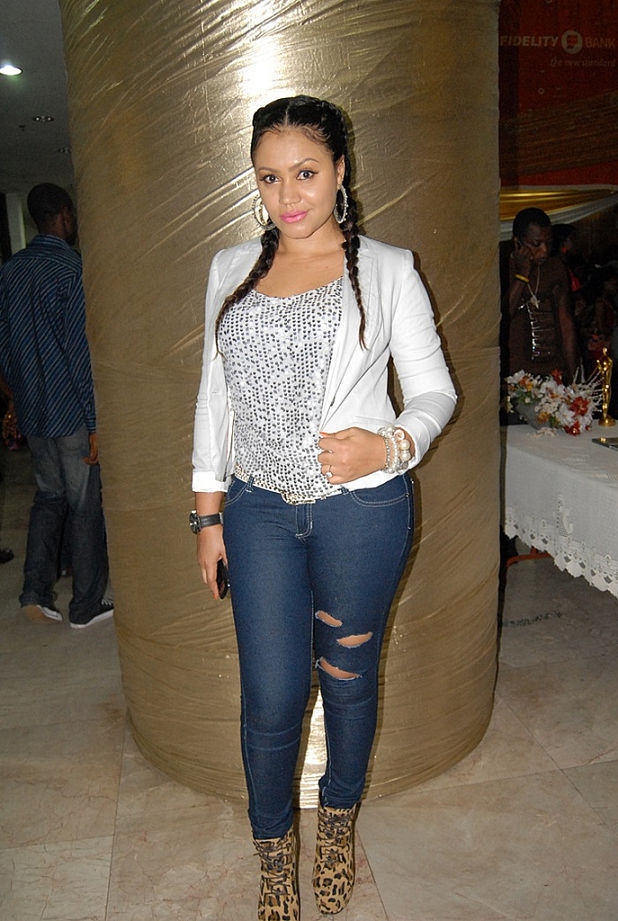 Nadia Buari (born 21 November 1982) is a Ghanaian actress. She received two nominations for Best Actress in a Leading Role at the African Movie Academy Awards in 2007 and 2009.

Buari is the daughter of Sidiku Buari, a Ghanaian musician. She studied performing arts at the University of Ghana and graduated with a BFA degree. She was born in 1982, in Takoradie, Ghana to a musician and a producer called Alhaji Sidiku Buari and mother who is a beautician called Hajia Buari. Throughout her school life she was actively involved in school drama and dance clubs.

Buari premiered on Ghanaian national television with the TV series Games People Play in late 2005. Her first major film was Mummy's Daughter, after which she starred in Beyonce: The President's Daughter. Her role as "Beyonce" was her major breakthrough. Her movie career began with her playing a role in the TV series Games People Play in 2005, which she got nominated for best actress. She has starred in more than 20 movies. In 2013 she came out with her own movie called The Diary of Imogen Brown.

Buari moved from Ghanaian films to Nollywood films around the year 2008. Her breakthrough role in Nollywood was in the film Beyonce & Rihanna as Beyonce alongside Nollywood actress Omotola Jalade Ekeinde who played Rihanna. The film became very popular to both Ghanaian and Nigerian audience. Her other notable Nollywood films include Rough Rider, Beauty and the Beast, Holding Hope and Single and Married.

She is also known for co-starring in films with Nollywood actor Jim Iyke, which has also received attention. Films include the Beyonce & Rihanna film series, Hot Romance and Behind a Smile.

In 2013, She won the Pan African Actress award at the annual Nigerian Entertainment Awards (NEA Awards) in New York.

Buari is an ambassador at Tablet India Limited (TIL), a leading pharmaceutical manufacturer with high quality products in 2013.

Buari believes her secret to her success is self-motivation. She is often compared to some Hollywood superstars and is hoping that someday she could be like them.] Buari's father was a huge figure in the arts industry in Ghana with several positions like the president of the Ghana musicians Union as well as the Vice president of International Federation of Musician. Her father’s footsteps influence her to a present career of an actress. In order for her to reach her goals she made it art a treasure for valuing morals and bring meaning into nature.

As a reputed actress, she continues to stand tall among peers in her career leading to some amazing recognitions across the globe. The 2014 Africa Magic Viewers Choice Awards gave her a 'SPECIAL RECOGNITION AWARD' in an event held in Accra, Ghana.