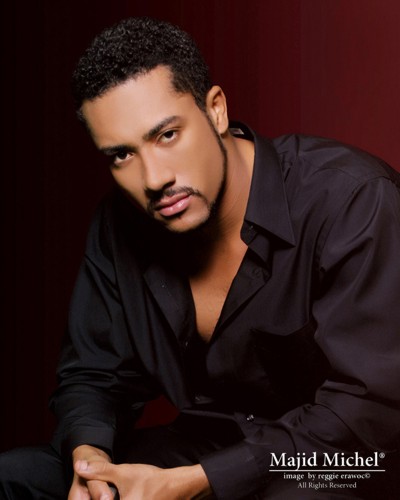 Majid Michel (nicknamed Shaker, born 22 September 1980) is a Ghanaian actor. He received nominations for Best Actor in a Leading Role at the Africa Movie Academy Awards in 2009, 2010, 2011, 2012 and 2014. He eventually won the award in 2012 after three previous consecutive nominations.

Michel was born in Cantonments, a suburb of the Ghanaian capital Accra. The son of a Lebanese father and a Ghanaian mother, he grew up in Accra with his nine siblings. He attended St. Theresa’s Primary School, and later, the Mfantsipim School, the alma mater of Van Vicker and also of former United Nations Secretary-General Kofi Annan. In secondary school, Michel was actively involved in theater and was a member of the school’s Drama Club. As a member of the drama club, he received a Best Actor Award in one of their performances on Emancipation Day in Cape Coast, Ghana.

Michel entered professional acting by chance. He was invited to join the modeling agency, Super Model Agency, on the behest of his next-door neighbor. He starred in the television series Things We Do For Love, acquiring his nickname “Shaker” on the set. His role on Things We Do For Love was to be played by a Lebanese boy, and Michel attributes being given the role to his Lebanese heritage.

Things We Do For Love became a success and propelled him into the mainstream. On the strength of his performance in the series, he was cast in his first movie, Divine Love, as the male lead, alongside Jackie Aygemang as the female lead, with Van Vicker in a supporting role. All three used their roles in the movie to debut their movie careers. Divine Love was a huge success, turning Majid Michel, Jackie Agyemang, and Van Vicker into household names across Ghana.[citation needed]

In 2008 Michel starred as the lead role in the film Agony of the Christ, which received seven nominations at the Africa Movie Academy Awards in 2009.

Michel is one of the Ghanaian actors who became famous partly as a result of the contract Frank Rajah Arase signed with Ghana's Abdul Salam Mumuni of Venus Films. The contract basically involved introducing Ghanaian actors into the mainstream Nollywood film industry and making them have a star power comparable to Nigerian actors. Films produced under this contract which featured Michel include: Crime to Christ (2007), Agony of Christ (2008), Heart of Men (2009), The Game (2010) and Who Loves Me? (2010) amongst others.

Michel made his Nigerian Nollywood debut in the 2009 romantic drama, Emerald, playing a leading role alongside Genevieve Nnaji. While Majid's performance was commended, along with his strong on-screen chemistry with Nnaji, the film received largely mixed to negative reviews.

However, the 2009 film Silent Scandals brought Majid into prominence in Nigeria; The film received wide positive critical review for its high production values and Michel's performance, together with his strong on-screen chemistry with Genevieve Nnaji once again was highly commended.

Nollywood Forever Comments: "His [Michel's] intensity is concentrated in his eyes and he uses it well so it is understandable that he always gets roles in which love and women and the seduction of them play a large role".[13] Same year, another film featuring Michel, Guilty Pleasures was released;[14] Guilty Pleasures upon release was met with generally positive reviews, with praise given to Michel's performance as well.

He continued this lucrative trend into 2010, where he starred alongside Genevieve Nnaji once more in Bursting Out,[19] a film which got mixed critical reviews.

Michel was quite outspoken in the media when he started off his career in Nigeria; He confessed in an interview that the first time he met Genevieve, "everything stood still"; he was so star struck that he offered to carry her bag and to be her personal assistant. In another interview, he stated that Genevieve Nnaji is the best kisser in the film industry.

All these, along with the explicit roles he played in films made him have controversies always trailing him during his early days. In late 2010, it was reported that the actor is taking a break from Nigeria after receiving death threats supposedly from his Nigerian colleagues, who thinks that he is getting too many jobs.

During this time, he went back to act in Ghana, where he featured in film's such as 4 Play (2010) and it's sequel 4 Play Reloaded.

In 2012, he starred in the War film Somewhere in Africa, playing a tyrant. Though the film didn't do well critically, Michel's role delivery got him wide acclaim, and he won an Africa Movie Academy Award for the first time.

This launched his career once again in Nigeria where he has since established himself as a star and has been featured in mainstream Nigerian films. In 2014, he co-starred in the all-time blockbuster 30 Days in Atlanta for which he got listed by Nigerian Cinema Exhibition Coalition as one of the highest box office grosser of 2014. Other 2014 films featuring Michel include: Forgetting June, which was met with generally negative reviews. He however featured in Knocking on Heaven's Door and Being Mrs Elliot, which both had decent performance both commercially and critically.